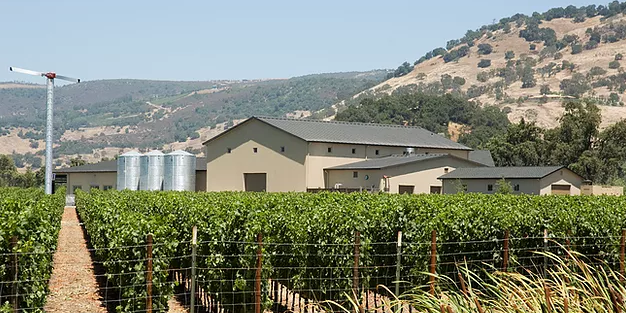 I first met Louis Kapcsandy and his son Louis Jr. at Ch. Lynch Bages, in Pauillac in 1998. I was conducting my “Golf and Taste the Greats of Bordeaux tour and at our pre-lunch tasting I was introduced to them by the owner Jean Michell Cazes. He told me they were passionate wine lovers that were serious about getting into the wine business and were doing their homework by visiting Bordeaux’s greatest vineyards and hoped it would be ok if they joined us for lunch.

As we enjoyed our nice lunch together, I could clearly feel their passion for wine, especially Bordeaux and their Hungarian heritage. One year later Louis was buying Bordeaux from K&L, and in 2000 the family purchased a 20-acre parcel of the iconic “State Lane Vineyard” in Yountville California. The vineyard had been infested by phylloxera and had to be completely replanted and the Kapcsandy’s replanted.

After visiting all the famous estates in BDX they knew that the key element to making a great wine was the location of the land itself, “the terrior”. The State Lane vineyard had been made famous as a single vineyard bottling from Beringer in the late 1970’ and early 1980’s. When Ed Spragia became winemaker, the State Lane fruit became the base for the Beringer Private Reserve Cabernets. The 1980’s were a golden age for the emergence of world class Cabernet Sauvignon being made in Napa Valley with vineyards like; Martha’s, Beckstoffer, Fay and Eisele getting much deserved attention; but anyone who tasted all the wines in that era like myself will tell you the greatest Cabernets were the Beringer Private Reserves, and the 1984, 85 and 86 are legendary wines.

They built a state of the art, sustainable winery on the property which was finished in 2005 and all their wines are 100% estate grown. The Kapcsandy line up of wines consist of an Estate Cuvee Bordeaux blend which is dominated by Cabernet Sauvignon, 72% in the 2014 and 84% in the 2016. The small production “Rapszodia” bottling is a tribute to Cabernet Franc, while the “Roberta” is an homage to the region of Pomerol comprised of almost all Merlot. The flagship wine is of course the “Grand Vin” made from 100 Cabernet Sauvignon. This wine is loaded with dark, concentrated, sleek fruit with good power and drive for extended aging. The price is indeed expensive; and is inching its way towards the pricing of its mentors, the First Growths of Bordeaux, that have existed for over 300 years. That be said, I tip my hat to the Kapcsandy’s for their great passion, investment and vision for in this great vineyard. Visits are made by appointment only; I think it is time for me to go visit and taste once our air quality is back to normal. Please pray for the fires in California to abate!

Cheers from the orange and smokey sky’s of Northern California.